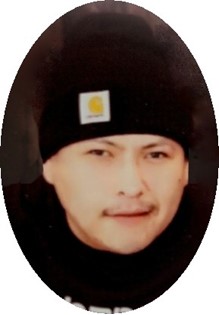 He lived life loving his three children and his family. In his short life he taught his kids to fish, ride bikes, showed them the love for the Lakers and Raiders, which he was a diehard fan, his eternal love for his children will be never ending. Brodie and Serena liked to cruise, listen to music, showing their kids new things while watching them grow. He held his grandma Bea and grandpa Chuck close to his heart as they did him. He was the type of father that went all out for his children. He made sure they would never go without and always had the best. He spent his life on the Wind River Reservation and Casper WY. Where he played Football, Basketball. He was player of the Year in Casper in football for 3 years in a row and 4 years back to back championships for basketball in Natrona County which his mother coached. He could be found sitting on his truck or in the shop writing his music. Later he created his recording studio, which he funded on his own, where he did all of his writing, creating and producing, while he was chilling with his bros. He was known in the Music industry as B.POTT. He performed live in Casper, Rock Springs, Riverton and Billings. He liked to take his nephew/brother, Tavion to the movies, basketball games, and buy him any video game he wanted. He and his uncle CJ had their own close special bond. Made it a point to take his sister, brother in law, and the boys shooting guns in the hills, going to concerts and swimming in Thermopolis. Although he was Uncle he grew up with his Trosper nieces and nephews as brother, and holds a close bond with all of them. Brodie graduated from Sage Trucking School at the top of his class with honors. He was an employee for the Northern Arapaho Tribe Natural Resources program as a truck driver. His grandpa Harold and Grandpa Gene gave him spiritual guidance and were his protectors.