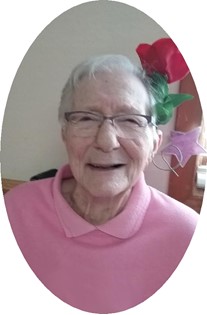 Guestbook 2
Opal Carlson, 92, of Riverton passed away at her home on Tuesday, October 20, 2020. A funeral service will be held at 10:00 am on Wednesday, October 28, 2020, at Trinity Lutheran Church. Interment will follow at Mountain View Cemetery.

Opal May Magdanz was born on July 6, 1928 in Pierce, NE to Gus and Lydia (Burmel) Magdanz. She grew up and attended schools in Pierce, NE.

On October 25, 1963 she married William “Bill” Carlson in Sisseton, S.D. They were married for over 45 years when Bill passed away in 2009. They moved to Riverton, WY in September of 1967 and made it their forever home.

Opal worked as a hotel Business Manager for over 30 years. She and Bill owned operated motels in Wyoming, Colorado, Missouri, Texas, and Nebraska for 42 years.

She was preceded in death by her parents, Gus and Lydia Magdanz; husband, Bill Carlson; one brother, Marlin Magdanz and his wife, Mary; one step niece; and one sister-in-law.