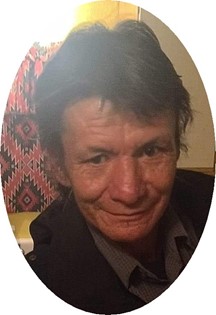 Silas was born May 31, 1966 in Riverton to Anthony Gabriel and Odelia (Behan) Sitting Eagle. He was in the first graduating class at St. Stephens when it became a high school. Silas was proud of his heritage and believed in his indian ceremonial ways, lifelong resident of the Wind River Reservation, and a baptized member of the St. Stephen’s Catholic Church.

His family said he will be missed for his generosity, kid care, cooking, cleaning, and quilting. Silas was well known for his sewing and quilting of drapes in his family’s homes. He was teased as the “Indian Martha Stewart”. He also enjoyed hand games, traditional indian dancing, and helping others. Silas always asked others not to be great, but “Do the Best You Can”.