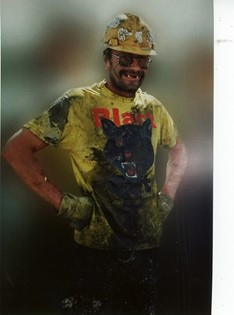 Guestbook 4
No services are scheduled at this time for Charles William Templin, 61, who passed away on October 26, 2020 at his home in Riverton.

Charlie was born on December 10, 1958, in Lander, Wyoming, son of Leonard V. and Laura A. (Steffy) Templin. He grew up and attended school in Shoshoni, where he graduated in 1977. He is most known for his prank at the Senior Prom 1977, he wore a grizzly mask and streaked through the gym. He later took courses at Central Wyoming College.

On December 9, 1997, Charlie married Lola Marie Randall. The married in East Port, ID. The original plan was to be married by the justice of peace but he turned out to be way grouching and wouldn’t marry them so they found a FEMALE pastor that married them. They celebrated over 22 years of marriage this year.

Charlie spent a short time of his life living in Kentucky but mostly in Wyoming. He worked for Gilpatrick and High Country Road Construction. He also began working in the oilfield in 1977 for True Drilling, Patterson, Cyclone Adlole. He, Elisey Keith Thorpe, and Mark Bynon were a trio that worked together in the oilfield, every job.

Mr. Templin enjoyed spending time outdoors hunting, stream and ice fishing and he loved visiting with people, including strangers. He was famous for saying, “This isn’t my first rodeo.” He loving called his wife, “his bride” and “baby doll.”