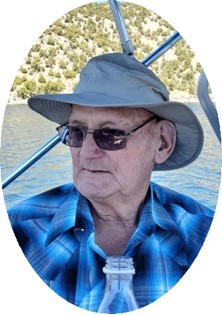 Guestbook 10
Graveside services for Dennis Glen Lawrence, 73, will be held at 2:00 p.m., Monday, November 9, 2020 at the Mountain View Cemetery. Mr. Lawrence passed away on November 3, 2020 surrounded by his family at his home in Riverton, Wy.

He was born on January 7, 1947, in Thermopolis, Wyoming, son of Amos L. and Kathleen (Kolstead) Lawrence. Dennis was raised in Arapahoe, Wyoming, where he spent most of his life.

On October 8, 1966, Dennis married Iris Pearl Miller in Thermopolis, WY. Dennis worked as a bus driver and janitor for the Arapahoe School.

Mr. Lawrence was preceded in death by his parents, Amos and June Lawrence.