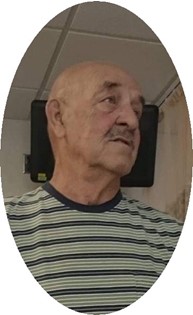 Guestbook 3
Private family services will be held at a later date for Joseph “Joe” Russell Raza, 81, who passed away on November 5, 2020 at his home in Shoshoni, Wyoming.

Joe was born on October 16, 1939, in Lawrence, Massachusetts, son of Macleor Joseph and Irene (Roy) Raza. Joe grew up in Methuen, Mass, where he graduated high school. He served in the US Air Force during the Korean War.

On June 28, 1962, Joe married Shanna L. Johnstun in Roosevelt, Utah. The couple spent most of their life in Roosevelt while Joe worked as an Industrial Safety Manager in the Health Safety Environment department in Oil Industry beginning in 1973. During his career, Joe received a lot of continuing education, always eager to learn as much as he could. Joe was a hard worker who continued working up until the beginning of 2020. In 2018, the couple moved to Shoshoni to be closer to family.

Mr. Raza enjoyed hunting and fishing as well as carpentry, electrical, plumbing and roofing. He was always helping anyone that needed an extra hand.

He was preceded in death by his parents; brother, Al Raza and grandson, Cale Raza.