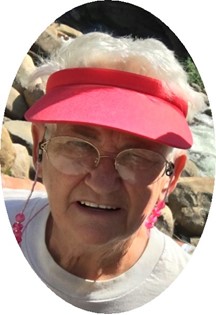 Guestbook 0
Connie Rogers, 78, originally of La Junta, CO, passed away at the Help for Health Hospice Home on Friday, October 16, 2020. Cremation has taken place and no local services are planned. Burial will take place in La Junta, CO at the Fairview Cemetery.

Connie Lou McBee was born in Great Bend, KS to Howard Paul and Emma Avis (Johnson) McBee. She grew up in La Junta, CO graduating from high school as the Valedictorian. She lived in La Junta, CO for seventy-five years before moving to Riverton, WY three years ago to be close to her son.

After High School she attended Southern Colorado State College and went on to Lesley College where she earned her Bachelor in Literature and Master Degree in Education, grades kindergarten through twelfth grade and also Physical Education.

Connie worked as the Chief Dispatcher of the Divisional Engineers for the Santa Fe Railroad for thirty years. She then worked at the Bent County Correctional Facility helping inmates earn their G.E.D. After retirement she substitute taught at the Otero Community College.

She loved to play softball and played all over Colorado for the Old Walters Brewery of Pueblo, CO. She started out playing with team from Ralph’s Ford of La Junta, CO. Although Connie enjoyed softball her passion was horses. She raised Haflinger Horses, these horses originated in Austria and where known for their small but strong statue and easy gait. She used them with her collection of carriages in parades and fairs, she loved being able to share them with others.

She is survived by her son, Troy I. Rogers and his wife Kris of Riverton, WY; grandchildren, Cassie Liedy and husband, Blake, Bryson Rogers, and Tyler Rogers; four great grandchildren; and sisters-in–law, Shirley McBee and Joan McBee.

She was preceded in death by her parents, Howard and Emma McBee; husband, Chuck Sober; and brothers, Darrell McBee and Gary McBee.

Arrangements under the direction of Davis Funeral Home. Burial will take place in the Spring of 2021.