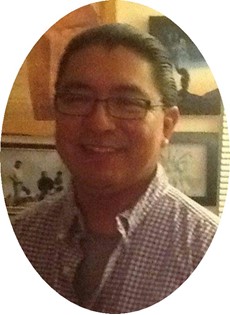 Glenn was born on September 18, 1971, in Burlingame, California, son of Glen, Sr. and Joanna (Casoose) Aragon. The family moved to Casper, where Glenn lived for 16 years before moving to Kinnear in 1988. He was a member of Upward Bound in high school as well as serving as an altar boy in the Catholic Church. After graduation from Wind River High School, Glen attended the University of Wyoming.

Glenn was known to be a very hard worker in whatever he encountered. He was the project manager when building the Shoshoni Rose Casino. He has spent the past 17 years working various jobs at the Lost Cabin Gas Plant in Lysite, Wyoming, but currently was employed by Bay Scaffolding at the gas plant.

Mr. Aragon loved watching movies, having thousands in his collection. He was also an avid Wyoming Cowboys, Raiders and Yankees fan. Glenn was a sharp dresser who appreciated nice clothes. He will be remember as being a very personable man who everyone liked.

He was preceded in death by his father, Glen Aragon, Sr; grandfather, Pete Aragon; aunt, Julie Tavegia; and numerous aunts and uncles of AZ.