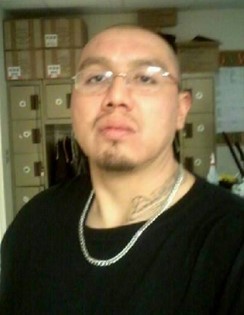 Joshua Caleb Addison was born February 11, 1982 in Riverton, WY to Howard Asa Addison, Sr. and Audrelia Quiver Addison. He was a member of the Catholic Faith and attended Native American Sweats.

Josh loved being with his nieces, nephews and grandpa. He also enjoyed going to the casino, watching movies, working and hanging out with family. He worked at the Home Depot, The Marriott, The Wind River Casino as a house keeper, Pertech, and as a construction flagger.

He lived in various places. The last five years he stayed at his home at St. Stephens on Littleshield Road. He attended St. Stephen’s Grade School, Wyoming Indian Schools, and obtained his GED in 2004 at CWC.