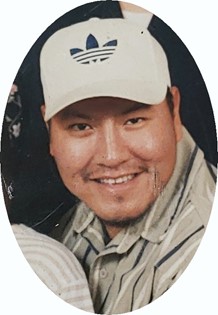 Mr. Big Lake passed away on November 13, 2020 at SageWest Hospital in Riverton, Wyoming.

Gary was born on July 10, 1974, in Riverton, Wyoming, son of Morris Sr. and Ruth M. (Goggles) BigLake. He was raised in the traditional ways by his mother and grandparents, Joseph and Emma Goggles. He became a traditional dancer for many years. He attended St. Stephens School, graduating in 1992. Gary was on the basketball team from grade school through high school. He was a part of the state championship team of 1991-1992. He played in many tournaments out of school as well. His favorite NBA team being the L.A. Lakers of the 90’s.

He enjoyed the company of many family, friends and relatives, too many to mention. He welcomed many people from many places into his circle.

He became a member of the Eagle Drum Group, danced at many Pow-Wows and sang with the River Bottom Juniors Drum Group.

Gary worked at a number of jobs including the overnight security/custodian for St. Stephens School, farmhand, as a cowboy breaking horses, dishwasher at the Red Willow, Security for the Wind River Casino, then lastly, at the Ethete Store as a butcher/supervisor.