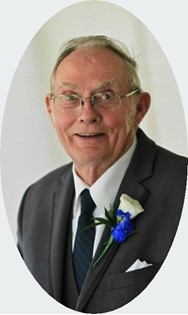 Guestbook 6
James Robert Bunker, 83, who passed away on Saturday, November 21, 2020 at his home in Riverton, WY. A Celebration of Life will be held at 12 noon on Sunday, August 22, 2021, at the Museum of the American West in Lander, WY with a reception following.

James was born on August 11, 1937, son of Levi W. and Ester V. (Null) Bunker in Lander, Wyoming. Growing up, he moved around a lot with his family but eventually found a home in Evanston, WY for about 20+ years. In 1995, James moved to Riverton, where he remained until his passing. On July 14, 1956, James married Joan G. Hubbard in Lander, Wy. Mr. Bunker worked in the oil fields during his entire life. He worked his way up from the bottom and became a rig manager for many years. He tried retirement for a year and then started training the next batch of “up and comers” until his 70’s. During his career, James worked for Manning, Exeter, and Ensign.

Mr. Bunker loved to ocean fish and take long drives, enjoying all the beautiful scenery Wyoming has to offer. James especially loved to visit his son, daughter-in-law and his granddaughters.

Survivors include his son and daughter-in-law, Brian and Sara Bunker and granddaughters, Emma and Hannah Bunker.