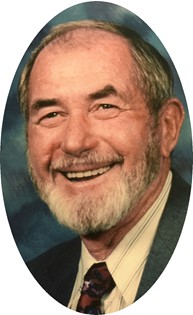 Guestbook 7
Graveside services for Eugene “Gene” Henry Grasmick, 87, will be held at 11:00 a.m., Tuesday, December 1, 2020 at Mountain View Cemetery. Family and friends are invited. In lieu of flowers Memorial contributions may be made to the United Methodist Church in care of Davis Funeral Home. The family asks you to wear masks and take Covid-19 safety precautions.

He was born on November 8, 1933, son of Henry and Natalie “Dollie” (Bender) Grasmick. Gene graduated high school in La Junta, Colorado. He then spent his young adult life in the oil fields in Montana and surrounding area. He later settled in Riverton where he spent the last 30 plus years working in insurance. On December 31, 1982, Gene married Shirley Watson Keen at the United Methodist Church in Riverton.

Mr. Grasmick enjoyed hunting in his younger years but was an avid fisherman who valued the outdoors. He loved his family, which included his grandkids and great grandkids. Gene was an active member of the Lions Club in Riverton as well as the United Methodist Church.

He was preceded in death by his parents; son, Randy; daughters, Cindy and Sandra; brothers, Kenneth, Rick and sister, Laverne.