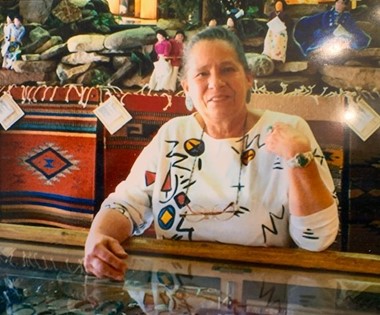 Guestbook 10
Catherine “Kit” Stewart, 74, of Dubois passed away on Wednesday, November 25, 2020 at the Sage West Hospital – Lander. Cremation has taken place and a Celebration of Life will be held at a later date due to COVID19.

Catherin G. Hardy was born on December 27, 1945 in Richland, WA to Lee Francis and Martha Louise (Hunter) Hardy. She grew up in Louisiana and North Carolina. Kit attended college on the East coast prior to moving out west to Wyoming.

On February 26, 1977 she married Mark Robbins Stewart in Las Vegas, NV. They were married for over 37 years before Mark passed in 2014. They had one son, Graham, whom the raised in Dubois.

Mark and Kit made Dubois their home for over 43 years. They owned and operated Stewarts Trapline Gallery which was a staple business on Main Street in Dubois for over three decades. The store specialized in Native American jewelry and artifacts, and also included a gallery that contained Mark’s paintings.

Kit believed in Dubois and the way of life it provided. She was a community volunteer for many different causes to include making and hanging Christmas wreaths across the entire town each December. She also was an avid reader of a variety of subjects and enjoyed the outdoors

She is survived by her son, Graham Stewart and his wife, Amber; four grandchildren, Tristan, Colton, Scarlett, and Kalani; brothers, Charlie, John, and Chip; and sisters, Pat and Anne.

She was preceded in death by her parents, Lee and Martha Hardy; and husband, Mark Robbins Stewart.