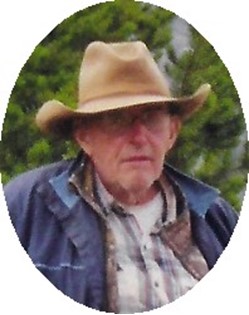 Guestbook 0
Charles (Charlie) Emmons Sherd (84) died on November 21, 2020 at his home in Pavillion, Wyoming. He was still joking around and giving everyone a hard time until his last breath.

He was born in Charlotte, Michigan in October of 1936. After he graduated, he decided to join the Coast Guard instead of going to jail. Charlie enlisted in February 1957, and was honorably discharged in February of 1961. He played Coast Guard football with his lifelong friend Bill Lewis and was team captain in 1960. Bill and the rest of the team fondly remembers Charlie as always being “A pain in the arse.”

After the Coast guard, Charlie married Carole Vernor. They were married in 1962, and had three children: Sherry, Bill, and Laurie.

Charlie did a good deal with the time he had, and many knew him as a jack of all trades. He was Master of the Hunt for the Metamora Hunting Club in Metamora, Michigan from 1976 to 1981. In 1982, Charlie moved to Wyoming, where he worked as an outfitter at his camp on Whiskey Mountain. He married his second wife Joyce Sherd on May 29, 1984 in Dubois, Wyoming.

He worked as a farrier and wrangler for a wagon train that traveled from Arizona to Montana in the mid 80’s. He worked as a cook for Nuway, catering for firemen handling wildfires and guides at many hunting camps. One of his favorite things to say was, “If you don’t like the food here, go next door!”

He worked as a cowboy for a ranch in Casper, and at his farm in Pavillion. He also worked as a semi driver for several years. And if that wasn’t enough, he built several log cabins in Fremont county. There wasn't much Charlie couldn’t do.

He was a lifelong outdoorsman, and he hunted everything from foxes and other small game to elk and moose. One of his greatest joys was roaming the mountains looking for a new fishing spot to share with his family. He taught many people how to hunt and fish, and he enjoyed every minute passing on his knowledge, cheap beer and whiskey, and grouchy humor. Those who knew him best remember that he was a true american horse pirate with a heart of gold.

Charlie didn’t want a funeral, instead he requested that we dump his ashes in the horse pasture, so we ask that everyone who knew him have a drink in his memory to celebrate his extraordinary life.

Charlie was preceded by his father Rinaldo Sherd, his mother Bernice, his brother James, and his stepson Chico Martinez.

Condolences may be sent to Davis Funeral Home.