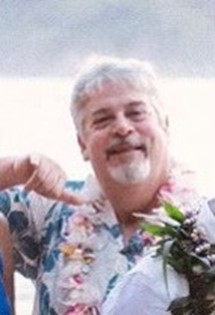 Guestbook 19
Kevin Blankenship, 59, of Kinnear, WY, passed away Tuesday, December 8, 2020 at the Help for Health Hospice Home in Riverton, Wyoming. A memorial service will be 2:00 p.m., Friday, December 11, 2020 at the Pavillion United Methodist Church.

Due to the COVID-19 restrictions there will be limited seating, masks must be worn.

Kevin Thaine Blankenship was born June 30, 1961 in Shelby, Montana to Edward Thaine and Edith Laura (Galvez) Blankenship. He graduated high school in Douglas, AZ in 1979 enlisting in the U.S. Army in the same year serving four years being honorably discharged.

Kevin lived in various communities as his father was a Senior Patrol Inspector for the US Border Patrol. Ultimately Kevin settled in Fremont county to be near his dad. Kevin was a Military Policeman for over two years while in the Army. He continued his Law Enforcement career entering the Wyoming Law Enforcement Academy in Douglas, WY. He served Law Enforcement in Fremont County for many years and operated a private detective agency. He also worked as a security consultant for the Wind River Casino, Wind River Cares as Human Resource Manager, was a car salesman for Toyota in Lander and an insurance agent for Farm Bureau in Lander.

On October 18, 1997 he married Joyce Gabrielsen at the Trinity Lutheran Church in Riverton. Kevin was of the Christian Faith and experienced the Christian Walk to Emmaus in 2010 with his wife and friends.

Kevin was a member of the Brotherhood in Free Masonry of Wyoming Lodge #2 in Lander, WY.

His family said his grandkids were his light. He loved spending time with them. He also was an excellent cook and took pride in his garden and yard. When he was younger, he enjoyed fishing and painting.

Memorials may be made to the Tough Enough Cancer Fund or the Help for Health Hospice Home in care of the Davis Funeral Home, 2203 W. Main Street, Riverton, WY 82501.

Service are under the direction of the Davis Funeral Home.