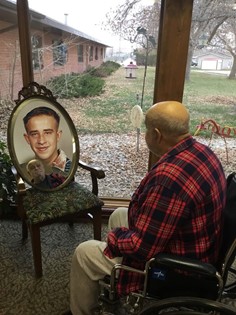 Guestbook 0
James Fisher, avid hunter and fisherman, died on December 7th at the age of 75. Jim passed peacefully with his wife Kathy at his side.

Jim was born on October 23, 1945 in Laramie, Wyoming to Madonna and Albert Fisher. After graduating from Natrona County High School, Jim worked in a variety of industries, including managing a logging company with his brother John. Jim met the love of his life, Kathy, at a Christmas party. Jim was very persistent - he asked Kathy out five times before they went on their first date. They were married on March 5th, 1971 and were overjoyed to welcome four children and fourteen grandchildren throughout the course of their 49 year marriage. Beyond his persistence, Jim was known for his spontaneity and fun loving nature. Jim once pushed Kathy down Main Street in a wheelbarrow. He would often sneak his grandchildren out for ice cream before dinner, and loved playing jokes on friends and family.

Nothing was more important to Jim than family. Jim was proud to attend his grandchildren’s sporting events and cheered loudly from the sidelines. As well as being a loving father and grandfather, he was a lifelong Broncos and Wyoming Cowboys fan. Jim enjoyed playing card games of all types. Whether he was playing Uno, Go Fish, or poker, his family members knew they could expect a fun yet competitive game. He was known as a character who was very good at making people laugh and will be missed by all who knew him.