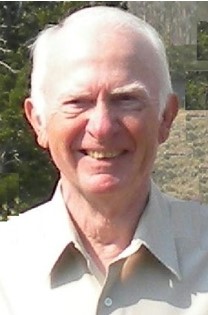 Muril is survived by his older sister JoAnn Weaver (Grass Valley, CA), his remaining three sons and their families: Gregory & Sonny Vincelette (Las Vegas, NV); David and Annette Vincelette (Kanab, UT), and Brian and Dawn Vincelette (Wadsworth, OH); 14 grandchildren and 5 great-grandchildren. A private graveside interment will be conducted on Saturday, December 19, 2020 in Dubois, Wyoming. A formal memorial service for family and close friends will be held next summer in Dubois, Wyoming.

Muril was born in Billings, Montana and raised outside the northeast entrance to Yellowstone Park in a small village called Silver Gate (located 3 miles west of Cooke City, Montana). Muril often talked of his youth and stories involving his younger brother Darold, and their adventures hiking, fishing, camping, escapades involving moose and bears, and his favorite draft horse “Tony.” Muril’s parents (Douglas and Silvia) moved the family to Billings so their three children (JoAnn, Muril, and Darold) could get a proper high-school education. Muril’s dad, Douglas, worked at the local refinery and as a carpenter. Muril attended college at Portland State to play Basketball. Realizing he was not going to the NBA a family friend encouraged him to transfer to Notre Dame University in South Bend Indiana where he graduated with a degree in Civil Engineering. It was during his college years while working road construction in the summertime in Yellowstone, Muril met the love of his life Nadine (Mom). While attending the University of Nebraska, Nadine worked summers at Flagg Ranch at an entrance to Yellowstone National Park. Mom quickly became the center of dad’s attention with dates that included visits to local hot springs pools and watching the grizzly bears feast at night at the local dump site. While pursuing an engineering degree and upon Nadine’s graduation from Nebraska Muril and Nadine married during his junior year at Notre Dame, and soon started a family with the arrival of Greg and 11 months later Jeff, the first 2 of 4 boys. Muril then joined the Army and served in the Corps of Engineers, based out of the Presidio in San Francisco, CA the 3rd boy David arrived. During his few years in the Army, Muril worked on various projects throughout the southwest, including construction and inspection of the diversion tunnels for Glenn Canyon Dam. After the Army, Muril (and the family) moved to Billings, Montana, where he returned to working general construction and engineering projects in Yellowstone and the surrounding areas. In the early 60s Muril started his career as a field engineer with Western Nuclear, Inc. at the Split Rock mill and open pit uranium mine near a small town in Wyoming called Jeffrey City. In the mid-60s, the family then moved to Flin Flon, Manitoba for three years, where Muril was the manager for the construction and operation of the Hanson Lake (SK) lead-zinc mine and mill site. Upon departure from Canada, the family shipped to Denver in 1968; and in 1970 the 4th (oops?) Brian arrived. Both mom and dad loved the outdoors, and as a family they took their four boys camping, fishing, golfing, skiing, and hunting. Dad “gladly” worked 33+ years for the Adams family corporations (Western Nuclear Inc., and energy fuels nuclear, inc.), eventually retiring as VP of Operations (Energy Fuels, Denver) in 1993. Muril was an avid Broncos and Notre Dame (Go Irish) football fan to the end.

After his career and raising 4 boys in Denver Muril and Nadine relocated to Grand Junction, CO in 1998; they had been together 63 years together, before Nadine’s passing in 2017. During the winter they loved their house in Grand Junction under the Mesa, but built from the ground up by Muril, his dad and the 3 oldest boys the small but mighty cabin up the Dunoir Valley of the Abrasokas in Wyoming proved to be the retirement dream destination of summers. Grandpa Muril was able to pass along his love of the outdoors to his boys and all his grandkids with the summer fishing trips and visits to the cabin. Another family favorite was sitting on the deck or in the hot tub and having a contest with Grandpa on who could spot the most satellites under the shining stars of the Milky Way. Golfing, volunteering (Lions, Rotary and Kiwanis clubs, church), and entertaining during the holidays, kept both grandparents busy during dad’s retirement years. Both mom and dad enjoyed travel together during their later years (New Zealand, Australia, Europe, and Hawaii, just to name a few places). May their holidays and rounds of golf be together again (forever) in heaven. We love you!

The family requests that in lieu of flowers, donations be sent to any of the following “Our Lady of the Woods” Catholic church in Dubois (4 S. Riverton Street, Dubois, Wyoming 82513-1134), the University of Notre Dame at www.giving.nd.edu, or the V Foundation for cancer www.v.org/ways-to-give/cancer-research-donation-options/