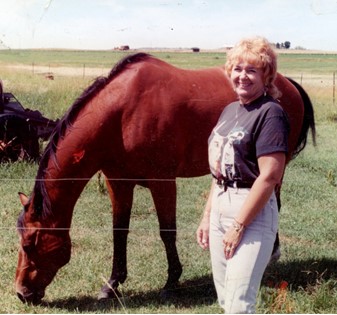 Guestbook 5
No services will be held at this time for Shirley Jean Filman, 81, who passed away on Monday, December 14, 2020 in Riverton, Wyoming. Cremation has taken place under the direction of Davis Funeral Home and Crematory.

Shirley was born on December 6, 1939 in Rebuck, Pennsylvania, daughter of Clayton R. and Edna Mae (Gottschall) Carl. She grew up in rural Shamokin, Pennsylvania with twelve siblings. She graduated high school from Shamokin. She graduated from Central Wyoming College with a degree in Business and Journalism at the age of 62.

In 1971, Shirley moved to Fremont County living on Squaw Creek in Lander, WY for 5 years, and the Pavillion/Kinnear area on their farm until 1987. For many years, Shirley worked as a bus driver and substitute teacher.

While growing up on a farm, Shirley developed a love for animals, especially horses. She was also a published author for Reader’s Digest as well as other magazines. Shirley loved her family and doted on her grandkids and great grandkids. She loved to celebrate birthdays and Christmas.

For 14 years, Shirley worked on the Winter Fair Board. She also served as a fair judge as well as took many pictures and wrote columns for the Fair over the years.

She was preceded in death by her parents as well as several brothers and sisters.

Memorials may be made to Atlantic City Credit Union in her name, Shirley Filman, in care of Davis Funeral Home, 2203 West Main Street, Riverton, WY 82501.