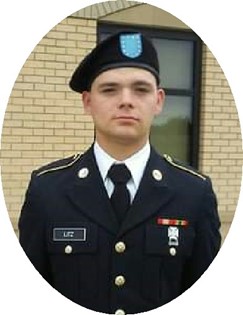 Jonathon Michael Litz was born February 23, 1999 in Beloit, Kansas to Jimmie Dale Litz and Jennifer Marie Dodson. He grew up in Osborne, Kansas moving to Shoshoni, Wyoming at the end of 2013. He graduated Shoshoni High School in 2017 and enlisted in the Wyoming Army National Guard in January of 2017. Jon graduated boot camp in the summer of 2017 in Fort Sill, Oklahoma. He served in the 25th Infantry Division as HIAMRS crew. He served with the 2nd Battalion, 300th B Battery Field Artillery and achieved rank of Specialist earning the Army Commendation Medal serving in Iraq and Kuwait in 2019 – March of 2020.

His family said Jon was a jokester and a prankster who was a candy feine. He also loved gaming, was extremely talented with computers, and loved his family and animals. He was an avid reader especially Sci-Fi novels.

Memorials may be made to Prevent 22 Veterans or the Wounded Warriors in care of the Davis Funeral Home, 2203 W. Main Street, Riverton, WY 82501.