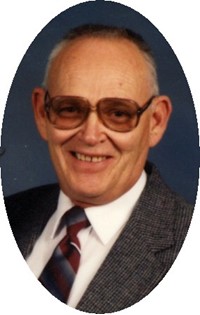 Guestbook 5
James Sack, 87, of Riverton passed away on December 21, 2020 at his home. As were his wishes, cremation will take place and no services will be held.

James Franklin Sack was born in Sheridan, WY on December 8, 1933 to William M. and Lola (Auchenbaugh) Sack. He grew up in Sheridan with his three brothers and four sisters. He graduated from Sheridan High School with the class of 1952. He moved to Casper, WY in 1955.

He began working in an auto body shop when he was fourteen years old and turned his passion into a business. With his brother, Kenneth, they owned and operated Sack Brother’s Body Shop in Casper for 29 years.

On September 8, 1967 he married Patricia Shea in Casper, WY at the First United Methodist Church. Together they raised a son and a daughter and lived in Casper until 2007 when they moved to Riverton, WY. From 1995 to 2015 he and Patricia spent their winters in Arizona.

James was a life member of the Casper Elk’s Club. He was also a volunteer for Meals on Wheels in Casper for over 10 years.

He enjoyed reading, woodworking, bowling and going to the casinos.