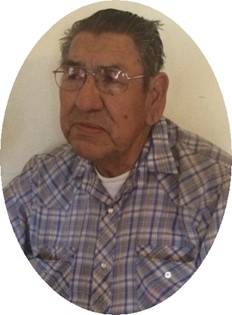 Guestbook 3
Clyde WallowingBull Sr., was born on July 3, 1941 in Fort Washakie, Wyoming to the late Jessie W. Swallow. His Arapaho name is Spotted Bird. He passed away on Wednesday, December 23, 2020 in Casper, Wyoming.

Traditional graveside services will be 11:00 a.m., Tuesday, December 29, 2020 at the Wallowingbull Cemetery.

Clyde attended elementary/middle school at St.Michael’s Mission he moved to Busby, MT where he graduated high school. He then moved back home to Ethete, Wyoming where he married Helena Crispin-Baker in Lander. From this union they have three daughters Clydene, Shasta, and Joleen Carol, and one son the late Max WallowingBull. Clyde then moved and lived in Rigby, Idaho where he worked as a truck driver for a logging company. He then moved back to Ethete where he re-married Sterleen Hill and from this union they had two daughters Lucinda and Jessica Wallowingbull. He lived rest of his years in Ethete. He was also part of the Native American church.