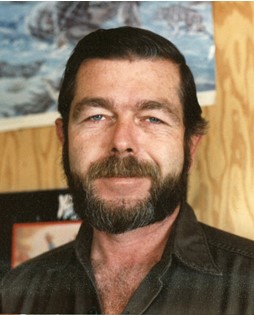 Guestbook 3
Steven D. "Steve" Foster of rural Riverton died of natural causes on Saturday night, Nov. 8, 2008, at the Bear Creek Campground northeast of Dubois while hunting. He was 60 years old. Funeral services will be at 10 a.m. Friday, Nov. 14, at the Davis Funeral Home of Riverton. Willie Peden will officiate with Military Honors. Cremation will take place after the service. A dinner at the Church of Jesus Christ of Latter Day Saints will follow the services. There will be a viewing from 6 to 8 p.m. Thursday, Nov. 13, at the funeral home. Steven David Foster was born in Toledo, Ohio, on Dec. 11, 1947, the son of James D. Foster and Esther Daily (Powers) Foster. He moved to Fremont County with his parents in 1959 with his father working on the uranium mill at Jeffrey City. Steve Foster was graduated from Morton High School in 1965. He served with the U.S. Army in the Vietnam War. On Feb. 23, 1967, he married Rhea Engle at the Church of Jesus Christ of Latter Day Saints in Riverton. He joined the Iron Workers union in 1971, working for M. K. Furgeson. In that job he worked all over the United States, in Mexico City, Belgrade, Yugoslavia, and Jerusalem, Israel. He was disabled by a work injury in 1991. Riverton was the family home while Mr. Foster worked at those sites around the world. He was a member of the Wind River Muzzle Loaders, Wyoming State Muzzle Loaders, NRA, VFW Post 3628, and the Wind River Practical Shooters Association. His family said he enjoyed hunting, reading, guns, shooting, and spending time with his grandson and other family members. Mr. Foster is survived by his; former wife, Rhea Foster of Riverton; daughter, Kelly King and her husband Jon of Billings; a grandson, Shiloh King of Billings; brothers-in-laws, Kenny and Dawna Engle of Riverton, Larry Helms of California, and Dave Long of Casper; sisters- in-law, Sandy Earsley of Washington state, Karen Peden and her husband Willie of Riverton, Marilyn Komrs and sons of Riverton, Virginia Maes and her husband Jerry of Superior, Wyo., Lisa Mattocks and her husband Dave of Lander; fiancé, Barbara Cash, Barbara's children, Bobbie Wilczewski and husband Bryan of Riverton, Dusty Cash and wife Terri of Cheyenne, and Jeremiah Cash and wife Shannon of Wamsutter; a cousin, Jack Powers and his wife Carol of Deaver, Wyo.; numerous nephews and nieces. He was preceded in death by his parents, and a brother, Joel Daniel "Danny" Foster on Oct. 29, 1999. On-line obituaries are available and condolences for the family may be made at: thedavisfuneralhome.com Services are under the direction of the Davis Funeral Home of Riverton.