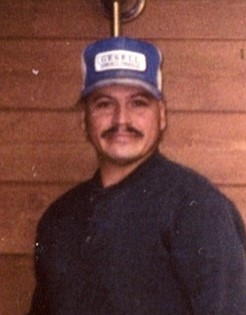 Guestbook 4
Leslie C. Smith, 58, passed away at his home in Pavillion, Wyoming, December 20, 2020. No services will be held at this time.

He was born May 17, 1962, in Kamsack, Saskatchewan, Canada, and raised on a hobby farm near Willmar, MN. In 1978, he was baptized and confirmed at the First United Presbyterian Church in Willmar. After high school, he joined the US Army, working in artillery. His tour of duty stationed him in Germany. Honorably discharged, he returned home to Minnesota and was employed as a mason. Being an adventurous man, he sought out Colorado, where he worked as a journeyman mason. Loving the out of doors, elk hunting, camping, fishing and horseback riding, he found Wyoming beautiful and took residence there for thirteen plus years. Assets life nurtured in him were of giving and caring deeply for all whom paths crossed.

Les will be deeply missed by his mother, Judy Smith; sisters, Carla (Wayne) Kappes of Bucksport, ME and Brenda (Glen) Gipe of Vancouver, WA; brother, Jerry (Rhonda) Smith of Yacolt, WA as well as numerous aunts, uncles, nieces and nephews.

Leslie was preceded in death by his father, Bruce Smith.