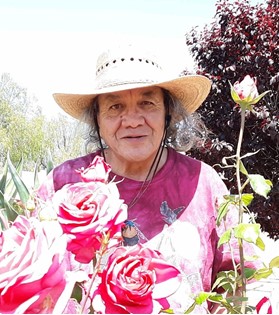 Guestbook 18
Daniel “Danny O” Ortiz, 69, of Riverton passed away at St. Mark’s Hospital in Salt Lake City, UT on Sunday, January 10, 2021. A rosary will be recited at 7:00 pm on Thursday, January 14, 2021, at 142 Trosper Lane in Ethete, a wake will follow. The graveside service will be at 12:00 noon on Friday, January, 15, 2021, at the Arapaho Catholic Cemetery, St. Stephens. The family asks all attending the ceremonies to respect their health by following Covid-19 precautions including wearing a mask and social distancing.

Danny lived in Riverton all of his live except for the two years at UCLA and two years in the U.S. Army where he served in Germany.

Danny was of the Catholic Faith and attended mass regularly.

He was the Foreman for the Northern Arapaho Tribe’s Waste Management.

Danny enjoyed traveling, visiting his children and grandchildren, and going to family barbeques.