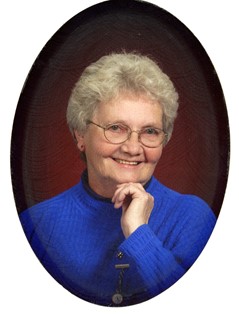 Guestbook 17
Graveside services for Diana Irene “Di” Moss, 89, will be held at 10:00 a.m., Wednesday, January 20, 2021 at Mountain View Cemetery in Riverton, Wyoming. Mrs. Moss passed away on Thursday, January 14, 2021 at Help for Health, surrounded by family, after a brief stay at the hospice home.

Diana was born on February 25, 1931, in Pelican Rapids, Minnesota, daughter of Conrad “Stem” and Rose (Thompson) Hanson. She graduated high school in 1949 and was a majorette in the marching band – a pastime she shared with her father.

Di went on to work at a bank as a young lady in Minneapolis. During that time, she made several life-long friends. She also attended business school.

On a trip to visit her sister in Wheatland, Wyoming, Di met a handsome cowboy who would later become her husband. On January 8, 1956, Diana married Howard H. “Red” Moss in her hometown. The couple moved to Crawford, Nebraska and then to Rawlins, Wyoming where they started their own family. After a handful of years in Rawlins, the Moss family moved to Riverton, Wyoming. Here, they planted roots and Di worked at American National Bank before Red and Di opened their first business, Moss Car Sales. Then they opened their second business, Moss General Merchandise, a second-hand store that became known as Moss Saddles, Boots and Tack, which became a local hangout.

Di was a friend to everyone. She enjoyed playing Bunko, knitting, and was an amazing rodeo mom. She loved having breakfasts with friends at local restaurants, especially the Trailhead, taking walks around the neighborhood, working on county fair floats, as well as watching parades with marching bands.

Mrs. Moss was preceded in death by her husband, H.H. “Red” Moss; parents, Conrad and Rose Hanson; brothers, Kendall and Goodwin; sisters, Nadine and Janice, along with several in-laws on Red’s side of the family.