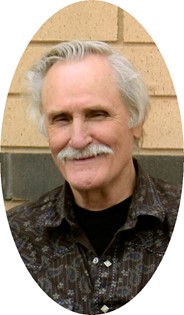 Floyd E. Roberts was born on August 13, 1947 in Salem, Illinois to Leo Roberts and Dorothy (Mulvaney) Roberts. The family moved out West when Floyd was 3 years old, as his father followed work in the oilfield on drilling rigs. The family, which now included a younger sister and a younger brother, lived in several towns in Nebraska and Wyoming. They moved back to Illinois when Floyd was 6 years old. Shortly afterwards, his youngest brother was born. His family moved back out to Wyoming when Floyd was 7 years old, as his father resumed his career in the oilfield. The family lived in several towns in Wyoming, Colorado, and Utah as his father followed around drilling rigs for work to support the family. Floyd was busy as a kid and he had many adventures in the many towns that the family lived in as he grew up. He attended many grade, middle, and high schools as a child.

His family moved to Buffalo, WY in the early Fall of 1964. Floyd was the co-captain of Buffalo High School’s first wrestling team as a senior. Floyd graduated from Buffalo High School in 1965. He went to work on a drilling rig as a roughneck one day after graduating. He worked on drilling rigs for 15 months to save up enough money to attend college. He attended Chadron State College for the 1966- 67 school year. Floyd took a year off from college to once again earn enough money to attend more college. He resumed attending Chadron State College for the 1968 – 69 academic year. He was a varsity wrestler for the 2 years he attended Chadron State College. Floyd returned to working on drilling rigs in the summer of 1969.

Floyd met Cindy Fackrell in Lyman, WY in 1969. They were married on March 28, 1970 in Evanston, WY. Soon after, they moved to Roosevelt, UT as Floyd continued his work in the oilfield. Their two daughters, Michelle and Jodi, as well as their only son, Rocky, were born in Roosevelt, UT. The family moved to Riverton, WY in April of 1976, as Floyd continued climbing up the ladder in his drilling rig career. He became a Toolpusher for Dixilyn Field in January 1978. He continued in this position until December 1985. He worked for Moncrief from April 1986 – January 1987 as a toolpusher near Lysite, WY.

Floyd went to work for Exeter Drilling Co. as a driller in August 1987 and continued to working for them through 1995, when they were bought by Nabors Drilling. He transitioned to working for Nabors as both a Driller and Rig Manager in Wyoming, Colorado, and Utah. Floyd became a drilling consultant in 2005. He consulted for Encana near Parachute, CO and the Jonah Field, WY. He also worked for Jonah Energy, after they acquired Encana’s interest in the Jonah Field. He finally retired from the oilfield in 2015, after 50 years of hard work. Throughout his career, he was dedicated to his work. He always took great pride in his work and would always put in extra time and effort to make sure the job was completed successfully. He went the extra mile to make sure he provided for his family that meant everything to him. He was known as an honest man, tried to treat everyone fairly, would help anyone out, and he liked to see the good in people. He met many people that became his friends during his oilfield career.

He filled his retirement time up with relaxing, doing hobbies, and supporting his children and grandchildren as they participated in their various activities. He continued to live his life the best he could, even though he had fought two battles with GPA disease, which had caused damage to his lungs and kidneys over the years. Floyd and Cindy celebrated 50 years of marriage on March 28, 2020.

He was preceded in death by his parents: Leo and Dorothy Roberts, mother-in-law Veda Fackrell Damberger, and brother-in law Ted Fackrell.