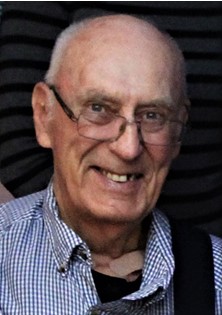 Guestbook 17
David L. (Dave) Pince passed away January 27, 2021. Dave was born and raised in Minnesota. He came to Wyoming with his mother and brothers who came to farm the Midvale Irrigation Project. After graduating from Pavillion High School in 1955, he served in the army with several of his buddies for an early discharge due to the death of his brother Glen.

He married his wife Patricia and began their family and started farming. Through long hard days and sacrifice he, with his wife and later his children, worked hard to develop and operate the farming operation to what it is today. His two sons and grandson, Nick, followed in his footsteps. Dave did not like being away too long from his beloved farms. He has only missed two harvests: the summer of his liver transplant, 20 years ago, and this past summer undergoing cancer treatment.

Dave served on the on the Wind River School Board and on Midvale irrigation board for many years and was a lifelong member of the Elks. He went on an agriculture trade mission to Japan and Korea for the state of Wyoming.

Dave was driven, tough, and resilient. He gave his all to whatever he pursued. His big presence gained him the nickname of Big D. He always had time for people and was generous to anyone in need. No one was a stranger to Dave. He connected with people through his jokes and good humor.

He was preceded in death by his parents, brothers: Francis, Charles, Richard, and Glen, and sister Donna Over.

Due to covid, there will be a private family outdoor service. A community celebration of Dave’s life will be held on one of his farms later when all can be together safely.

Condolences for the family may be made at theDavisFuneralHome.com.