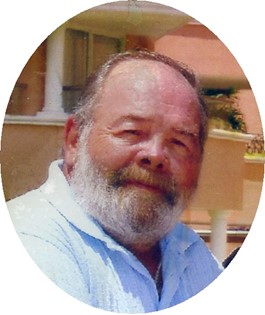 Guestbook 3
Services will be held at a later date for Larry J. Machan, 71, who passed away on Sunday, February 7, 2021 at his home in Riverton, Wyoming.

Larry graduated from Torrington High School in 1967 before serving in the United States Navy during the Vietnam War from 1967 until 1969. Following his honorable discharge, he went to work in the oil fields for the next 10 years. Larry then went on to work for Lamb Construction out of Torrington, Wy until 1989, moving on to 71 Construction until he was in an accident leaving him disabled to work. Larry drove for JB Taxi Service for 10 years.

Mr. Machan enjoyed fishing, riding motorcycles and playing pool, as well as singing and playing his guitar. Larry loved to spend time socializing with his friends.

He was baptized into the Lutheran faith and was a member of the VFW and American Legion.

Survivors include his significant other, Donnalee Hernandez; brother, Robert Trash of Amarillo, TX; sister, Donna Perkins and her husband, Rich.

He was preceded in death by his parents, grandparents, a sister and a brother, uncles, aunts and cousins.