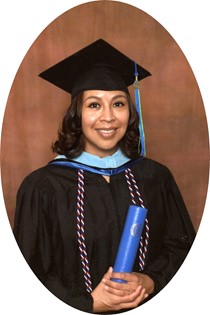 Guestbook 28
Military graveside services for Sgt. LaDonna Rae Dewey, 40, who will be laid to rest with the ashes of her son, Robert Julianne Dewey, will be held at 2:00 p.m., Thursday, February 18, 2021 at Shakespeare Cemetery. Ms. Dewey passed away on February 11, 2021 in Pensacola, Florida.

Ms. Dewey worked at the Law Firm of Aylstock, Witkin, Kreis and Overholtz in Pensacola, Florida.

LaDonna was baptized into and an active member of the Catholic Church and was able to visit the Vatican. She gently touched the water that Jesus was baptized in at the River Jordan. LaDonna also participated in the Sundance and was involved in Native American tribal ways. She was involved in the Alpha Kappa Alpha Sorority NEA. Ms. Dewey received her MSA of Political Science and MA of Science of Administration.

She was preceded in death by her son, Robert Julianne Dewey; Tom and Aline Shakespeare, Thelma and Linus Dewey, Dominic Duran.