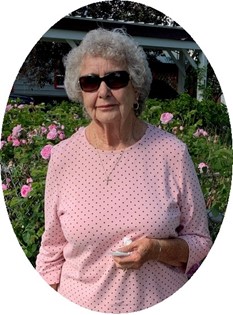 Guestbook 19
Memorial services for Vivian Dorothy Taylor Phillips, 84, will be held at the United Presbyterian Church on Thursday, 10:00 a.m., February 18, 2021.

Mrs. Phillips passed away on Sunday, February 14, 2021 at her home in Riverton, Wyoming.

Vivian attended Garden School from 1942 until 1950 and Tracy High School in Tracy, California from 1950 until she graduated in 1954.

For over 32 years, Vivian worked as a food service manager for Ashgrove School.

Vivian was a member of the Presbyterian Church for over 50 years. She served as a Deacon and Sunday School Teacher. She was also a member of the V.F.W. Auxiliary and the Rebekah Lodge.

She enjoyed walking, reading, sewing and traveling as well as spending time at their cabin in Atlantic City.

She was preceded in death by her parents and husbands, Verne Taylor and Jimmie Phillips.

Memorials may be made to United Presbyterian Church in care of the Davis Funeral Home, 2203 W. Main Street, Riverton, WY 82501.