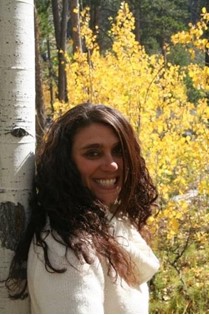 Mrs. Powell passed away on Monday, February 15, 2021 at her home in Riverton, Wyoming surrounded by her loving family.

Heidi was born on September 29, 1974 in Casper, Wyoming, daughter of Richard J. and Toni (Bolinger) Garrison.

She graduated from Douglas High School in 1993.

Mrs. Powell worked for Riverton Memorial Hospital from 2002 until 2008 as a phlebotomist. In 2008, she began working for the State of Wyoming as a child care specialist.

Heidi loved her horses, Purdyboy and Shiloh as well as her dogs and chickens. She also enjoyed 4-wheeling, camping, fishing and spending time as a spin instructor at Teton Athletic Club. Heidi could be found spending time in the hay field, doing yard work, mowing the lawn and admiring her solar lights and beautiful flower garden. Her kids brought her much joy while showing their animals in 4-H and FFA. Heidi also enjoyed spending time at Pop’s cabin in Esterbrook. She was active in 4-H, captain of the Pony Express and Riverton Girls Fast Pitch Softball.

She was preceded in death by her parents, Richard and Toni Garrison and grandparents.