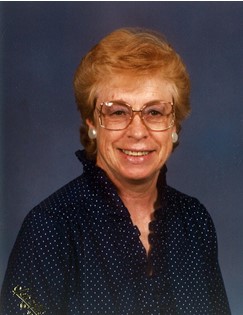 Guestbook 4
A Memorial service for Joan LaReen Kelsey Armstrong, 84, will be held at 10:00 a.m., March 19, 2021 at St. John Lutheran Church. Lunch will be provided after for family and friends. Please come help us celebrate the wonderful life Joan lived.

Mrs. Armstrong passed away on February 28, 2021 in Riverton, Wyoming.

Joan was born on December 6, 1936 in Boone, Iowa, to James LaMoyne and Opal (Peterson) Kelsey. In 1948, the family moved to Des Moines, Iowa where she graduated from North High School.

In 1961, she fulfilled her childhood dream and moved “West.” She worked as a secretary and office clerk most of her life. In 1972, she moved to Riverton where she owned and operated Kings Trailer Court for five years. While living in Riverton, she worked for New York Life Insurance Company, Stylhomes, N. Donald & Co., and Metro Cable TV Co. In 1999, she retired from Riverton Memorial Hospital after fifteen years.

In 1989, she married Joseph Robert Armstrong, and together they enjoyed the outdoors by camping, hunting and fishing. She pursued genealogy research as long as her health permitted.

She was a member of St. John Lutheran Church. Where she served on the church council and taught Sunday school. She loved being a Daughter of the American Revolution, a longtime member of the Eastern Star, and a lifetime member of the Veterans of Foreign Wars.

She is survived by one daughter, Lisa Vincent, and three grandchildren, Jeremy, TJ and Kelcie.

She was preceded in death by her husband, Joe, parents, sister, Joyce Elaine Kelsey, and son, Josh James Noah.