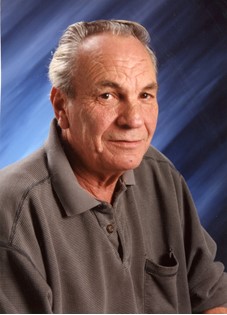 Guestbook 1
There will be a family gathering at noon on Sunday, June13, 2021 at the Hyattville Cemetery in Hyattville, WY. A reception will be held after the service at the Hyatteville Community Center.

Ed Thomas, 77, passed away on March 25 at Help for Health Hospice in Riverton, WY, from kidney failure.

Ed was born 22 April 1943, in a military hospital in Nevada, MO, the only child of Irving E. & Jeanette (Misomelius) Thomas. He & his mother lived with her parents in Hyattville, WY while his father was serving his country during WWII. They moved to Basin, WY, while he was in grade school. He graduated from Basin High School (now Riverside) in 1961.

When he was in the second grade, he made up his mind that he was going to be a school teacher just like Mrs. Berglen. He never wavered from that goal. During the 50 years that he held a teaching certificate, he taught in Hemmingford, NE, Dubois, Deaver & Gillette, WY, Vancouver Canada, Little Wound School in Kyle, SD and WY Indian at Ethete. After he retired, he substituted at Wind River & Shoshoni.

His second life love was riding bulls. He started when he was twelve, riding into his mid-fifties. He was fond of telling people that bullriding paid his way through college.

He was an avid hunter in his younger years, doing his own reloading. He also enjoyed fishing, catch ‘n’ release style.

Ed collected rocks all his life & as a retirement hobby, made many items from the rocks he collected. He was also an avid photographer, developing his own film & collecting many cameras over the years.

In June 2000, at an all-alumni reunion of Basin High, he reconnected with his childhood across the alley neighbor, Susan Dering. They married in July of 2000.

He was predeceased by his grandparents, Richard and Emma Misomelius, his parents, Irving & Jeanette Thomas, an infant son, Trent, grandson, Tyler Thomas and numerous aunts and uncles.