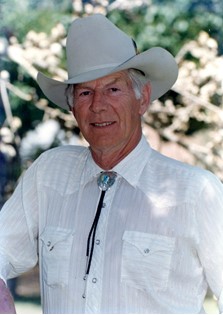 Guestbook 2
Ben H. Weeks, II, 92, longtime resident of Dubois and Lander, Wyoming, died Wednesday, March 31, 2021 at Westward Heights Care Center in Lander. According to his wishes cremation has taken place and a private family celebration of Ben’s life may be held at a future time.

Ben was born in Lander on May 31, 1928 to Ben Haven Weeks I, and Jean (Landerholm) Weeks. He graduated high school in Wasatch, Utah and attended the University of Wyoming for two years.

Ben grew up on the Timberline Ranch west of Dubois, a ranch homesteaded by his father in the early 30’s. Ben ranched and outfitted in the Dubois area and Wind River Valley until 1963 when he and his family moved to Colorado. From 1963-1967 he was a procurement agent for Martin Marietta and from 1967-1984 he worked in the aerospace industry in California. From 1985-1995 he worked for and became President and of Wyoming Concrete Pipe in Casper, then retired to Dubois to chase his love of snowmobiling, Wyoming history and the nature of his beloved Wind River Valley. He moved to Lander in 2000 to be with Jeanne Lee, his cherished companion till his death.

He was preceded in death by his parents, Ben (I) and Jean Weeks.

Memorials may be made to the Rotary International Foundation Fund or the Museum of the American West in care of the Davis Funeral Home, 2203 W. Main Street, Riverton, WY 82501.