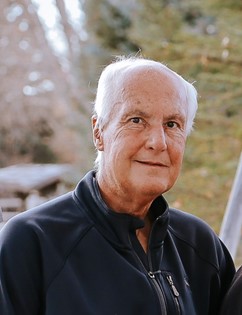 
John Robert Beck, age 64, passed away April 8, 2021 surrounded by his beloved wife and children. He was a champion in the eyes of those who loved him, bravely enduring a 12 year battle against renal cell cancer and overcoming the typical prognosis for this disease. His family is forever grateful for the countless health care professionals who treated him throughout his journey.

Memorial services will be 10 am on Wednesday, April 14, 2021 at the United Methodist Church in Riverton, WY. Rev. Echo Klaproth will officiate.

John was the son of Robert and Mary Etta Beck and older brother of Jim and Dee Etta. He was born September 9, 1956, in Jackson Hole, and spent his early childhood on the family’s ranch in Dubois, which is now home to the National Museum of Military Vehicles. The family relocated to Riverton where he graduated High School in 1974. John’s life was highly influenced by his family roots in Dubois, as he deeply loved that area for its majesty, stillness, and tranquility.

In 1978, John married his soul mate, Nancy, and together they built their life in Fremont County, or as he referred, “God’s Country.” Together they raised two resilient children, Andrea and Jared, who are both raising their families in “God’s Country” as well. John supported his family through life-long employment within Wyoming’s energy industry, most recently working for Tallgrass and Kinder Morgan.

Memorials may be made to the Help for Health Hospice or the United Methodist Church in care of the Davis Funeral Home, 2203 West Main, Riverton, WY 82501.