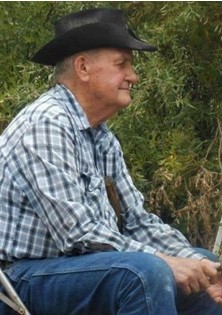 Guestbook 3
Carl Samietz, 90, of Lander passed away on Thursday, April 8, 2021, at his home. Cremation has taken place. CELEBRATION OF LIFE and Memorial Service will be conducted SATURDAY June 19, 2021, 10:30 am at the Hudson Cemetery, Hudson, Wyoming

Carl Richard Samietz was born on May 10, 1930 in Superior, WY to John Samietz and Susan “Sue” (Davis) Pilch. He grew up in Superior and graduated from Superior High School.

On June 25, 1949 he married Virginia Adele McJunkin in Green River, WY. They made their home in Superior, where they raised their five children, and in 1967 they moved to Rock Springs, WY. After retiring in 1993, Carl and Virginia moved to Lander and in 2004 they acquired the family ranch on Sinks Canyon Road.

Carl worked for the Sweetwater County Road and Bridge Department for 28 years, as Road and Bridge Foreman, before retiring. Carl was a lifetime member of the F.O. Eagles and belonged to the United Mine Workers in Rock Spring.

Carl played basketball in high school and was a lifelong sports fan. He enjoyed spending time on the family ranch, the annual Family Pig Roast, hunting arrowheads, and was an avid hunter and fisherman.