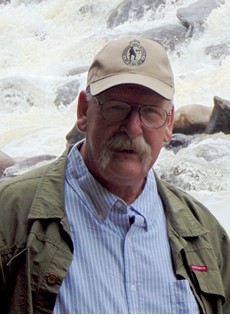 Guestbook 4
Jeffrey D. Alleman, 65, of Riverton died Monday evening, April 12, 2021 after a brief battle with cancer. Cremation has taken place and a private family service will be held at a later date.

Jeffrey David Alleman was born May 2, 1955 in Lancaster, Pennsylvania to Abram and Betty Elizabeth (Gertler) Alleman. He was born and raised in Lancaster where he graduated McClasky High School where he excelled in basketball. He then attended Stevens Trade School before enlisting in the US Army where he served in Germany as Military Police for three years.

After being honorably discharged, Jeffrey returned to Lancaster where he was a corrections officer and police officer before going into the carpentry trade for the next 35 years.

Jeffrey always want to move west so he moved to Wyoming and loved it. He was an avid fisherman, hunter, rock hunter, and loved woodworking, drives, picnics, and looking at wildlife. While living in Lancaster, he loved Trap Shooting, hunting, gun shows, and going to auctions.

He was preceded in death by his parents, Abram and Betty Alleman; brother, Paul Alleman; and sister, Carol Carvell.