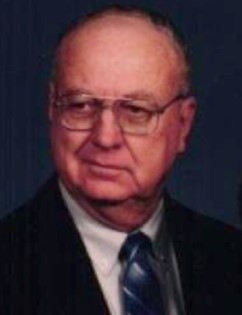 Tom was born on March 13, 1928 in Midwest, Wyoming to Herb and Georgia Leaming and moved with his family to Riverton when he was a young boy. His father started Leaming Hardware, later Leaming’s Ace Hardware in the 1930’s. Tom later managed the business himself for over 30 years until he sold it in 1980.

Besides being a successful businessman, Tom was an avid outdoorsman who enjoyed hunting, fishing, snowmobiling and spending time at the family cabin on Togwotee Pass. His true love was collecting vintage firearms. He was a collector and gunsmith most of his life. At one time, he was a youth sports volunteer in the 1960’s particularly utilizing his love of baseball.

Tom was a member of Riverton Volunteer Fire Dept for many years as well serving on numerous civic boards and committees.

He married Willa McKee in 1948 and they were together until her death in Riverton in 2014.

Tom was preceded in death by his daughter, Patti Leaming in 2001 and grandson Justin Juve in 2016. He is survived by his son, Herb and daughter-in-law, Bonnie of Eugene, Oregon; grandchildren –

Funeral services are not planned at this time. Tom was buried next to his wife in Mountain View Cemetery.