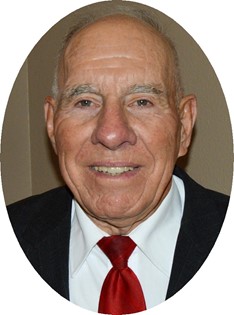 Guestbook 14
Pastor Vernon Boehlke, 87, passed away at his home on Tuesday, April 20, 2021, with his loving wife at his side. A funeral service will be held at 11:00 a.m. on Monday, April 26, 2021 at Trinity Lutheran Church in Riverton with Pastor Mark Mumme officiating. Interment will follow at Mountain View Cemetery. Viewing and visitation will be held Sunday, 4:00 p.m. to 6:00 p.m. at Trinity Lutheran Church.

Vernon Clair Boehlke was born on May 2, 1933 in Portland, OR to Clarence H. and Hertha “Hattie” B. (Wojahn) Boehlke. He spent his childhood in Portland, OR. Vernon graduated from Trinity Lutheran High School in Oregon City, OR, before attending Concordia College for Lay Ministry in Milwaukee, WI. He became an ordained Lutheran Pastor in 1993 from Colloquy for Ordination.

On August 6, 1966 Vernon married the love of his life, Eunice Ann Bender in Brooklyn Center, MN and were married for over 54 years. They raised three children, Larry, Gary, and Mary, in WI and WY.

He spent his young adult life working on a cattle ranches in Paulina, Mitchell, and Scappoose, OR, before moving to WI where he worked as a childcare worker and religion teacher at Lutheran Children’s Friend Society in Wauwatosa, WI. While in Wisconsin, he also worked as the lay assistant at both Trinity Lutheran Church in Glidden, WI and St. Paul’s Lutheran Church in Butternut, WI.

Pastor Vernon moved to Wyoming where he lived in Jeffrey City for 5 ½ years serving as a lay worker and was active in the Lion’s Club. He then became the pastor at St. Paul’s Lutheran Church in Kemmerer, WY for 22 ½ years before making the Pavillion/Riverton area his forever home, ministering at Trinity Lutheran Church.

When Pastor Vernon had free time he loved to go hunting, fishing, woodworking, and had a garden and small orchard.

He was preceded in death by his parents, Clarence and Hattie Boehlke; son, Larry Eugene Boehlke and both sets of grandparents. Memorials may be made to Trinity Lutheran Church and School in care of Davis Funeral Home, 2203 West Main Street, Riverton, WY 82501.