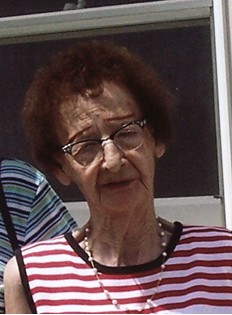 Guestbook 0
Graveside services for former Riverton resident Katheryn I. "Kay" Kenney of Lakewood, Colo., will be at 2 p.m. Wednesday, May 9, at Mountain View Cemetery in Riverton with the Rev. Don Schlichting officiating.

Katheryn I. Anderson was born in Buffalo on April 30, 1918, the daughter of Clarence W. Anderson and Bertha L. (Carr) Anderson. She was graduated from Buffalo High School in 1936.

While in Riverton, Ms. Kenney worked at Bell Jewelry, for a short time at Kmart, as hostess and night manager at Al's Gas Light, Bell Photo Studio, Emmett Osborne's shoe store, at Gibson's/Pamida, worked and managed the Fashion Bar for over 10 years, and worked for more than 10 years at DH Print.

Her family said Ms. Kenney enjoyed her cats, traveling, her involvement with Riverton clubs and organizations, her grandchildren and great grandchildren.

She was preceded in death by her parents, three grandchildren, and a brother, Jerry Anderson.