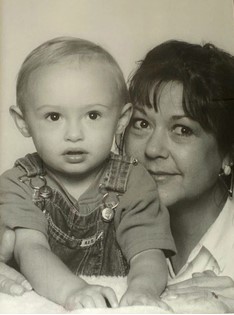 Cynthia Jo Flanagan was born on October 24, 1960 in Riverton, WY to Phillip Edward and Rosalie Helen (Giesler) Flanagan, II. She grew up in Riverton with her two brothers and one sister. She graduated one year early from Riverton High School with the class of 1978.

Cindy was baptized into the Catholic faith and was a member of St. Margaret’s Catholic Church.

By graduating early she went to work for the Uranium mines at Gas Hills. She later went to Denver, CO where she earned her Associate Degree for Architect. After school she worked for Ames Construction out of Denver until she became a proud mother in 1999. After raising her son for a few years she moved back to Riverton where she worked for 71 Construction before she started her own business as a pet babysitter called Pet Nanny, after seven years she decided it was time to change and she worked for the Riverton Senior Center as a bus driver.

Her main pride and joy was her son, Jacob Thunder Nuss born on May 11, 1999. He brightened her life and she loved being a mother. Jacob is now a member of the U. S. Army and goes by Corporal Jacob Nuss and Cindy was so very proud of him and told everyone she met that her son was serving in the U.S. Army, even if she didn’t know them.

Cindy was very artistic and loved drawing especially flowers. She loved dogs and remembered their names no matter how long it had been since she had seen them. Cindy always had a smile on her face and enjoyed visiting with people she met.

She was preceded in death by her parents, Phillip and Rosalie Flanagan.

In lieu of flowers the family ask that donations be made to P.A.W.S. or St. Margaret’s Catholic Church.