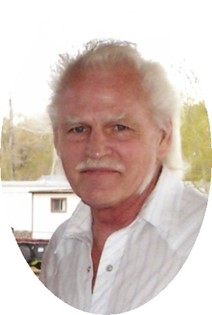 Guestbook 4
Bill Martin, 77, of Pavillion passed away on Saturday, May 22, 2021, at the Help for Health Hospice Home. Honoring Bill’s wishes there will be no services held.

Billy Gerald Martin was born on June 8, 1943 in Granite City, IL to Fred and Juanita (Jolly) Martin. He was one of twelve children with eight brothers and three sisters. Bill grew up in Illinois and then lived in California, Colorado, and Wyoming.

Bill met his wife Sharon Bisbee in California where they were married on July 22, 1974. It was at this time they moved to Aurora, CO where their two children were born; Mark on October 31, 1975 and Karen on August 9, 1977. The family moved to Pavillion, WY in 1984 after Bill was injured on the job working for North American Van Lines.

Bill was a private individual who enjoyed working on various home and auto projects, oil painting, playing guitar and piano, and most of all, his family.

Bill is survived by his wife, Sharon Martin; son, Mark and his wife Vicki along with their 4 daughters; daughter, Karen (Branson) and her husband Nathan along with their son and 2 daughters, as well as 5 brothers and 1 sister in Illinois.