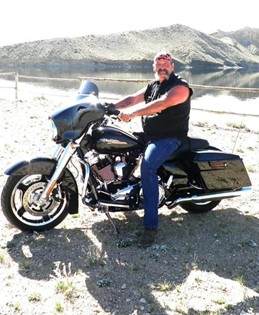 Guestbook 10
A Celebration of Life for Fred Weber, 58, will be held 2:00 p.m., Tuesday, June 1, 2021 in the Fremont Center at the Fremont County Fairgrounds. According to his wishes, cremation has taken place.

In 1981, Fred graduated form Powell High School in Powell, WY. He attended Central Wyoming College in Riverton before starting a career in the oilfield and never left Riverton. He worked for DHS Drilling as Rig manager.

Fred was the President of Oilfield Ironmen Freedom Riders Chapter. He received his “wind therapy” riding his Harley. He enjoyed boating, snowmobiling, sitting by the campfire and spending time with his family and friends.

He was preceded in death by his beloved daughter, Heather Weber on May 15, 2021.

On-line condolences for the family may be made at theDavisFuneralHome.com. Services are under the direction of The Davis Funeral Home.