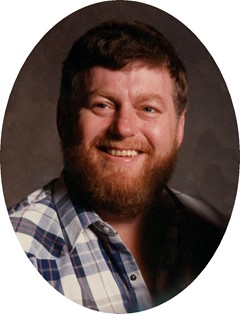 
Gary Don Wilhite passed away in his home on the evening of May 24th, 2021 at the age of 69. He left this world with his family at his side. Gary suffered from Parkinson's disease and Lewy Body Dementia for many years. While his passing stirs an immense amount of sadness and grief within our hearts, we take comfort in knowing that he is now at peace.

During his life, Gary accomplished much. He graduated from Oklahoma State University in 1973. He majored in engineering, and went on to work for Mobil Oil Exploration and ESI as a seismologist and crew manager for many years. In the early 1990's, he made a career change to real estate in order to be closer to his family. He and his wife, Dina, owned their own business, Warm Valley Realty. He had lived in Dubois for over 43 years.

On June 11th, 1977 Gary married Dina Kay Whigham in Perryton, TX. They were married for over 43 years and raised three daughters.

He also volunteered throughout the community for many years. He was a valuable member of the Dubois Volunteer Fire Department, Search and Rescue, Whiskey Mountain Buckskinners, and the Upper Warm Springs Subdivision Water Board.

Through it all, his pride and joy was always his family. He loved his wife and daughters fiercely, and was an ever present husband and father. He was loyal to the truth and instilled its importance in his children. Gary knew the value of staying true to your word, and he always kept his promises. He was a man anyone and everyone could count on to offer support, encouragement, a laugh, and a giant bear hug. His humor lifted the spirits of all who knew him.

Gary was an adventurer and thrill seeker; whether it was traveling across the states, traveling overseas, chasing down tornadoes, fighting fires, responding to the scene of an emergency, or just riding roller coasters with his daughters and laughing while they screamed... he was full of energy and full of life.

He was the best father, the best husband, a hard worker, a loyal friend, and always had the best stories to tell. His smile could light up a room. His laugh, his hugs, his gentle hand, and soothing voice were often like medicine. He will be greatly missed, but he will never be forgotten.

Memorials may be made to Dubois Volunteer Fire Department in care of Davis Funeral Home, 2203 West Main Street, Riverton, WY 82501.

Funeral Home.Services under the direction of Davis.