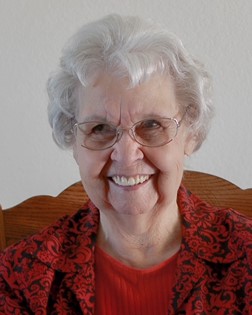 Nettie was baptized and confirmed in the Lutheran Church in Scottsbluff, Neb. Raised on a farm, her earliest memories were of “topping” sugar beets with other children to help speed the harvest. In 1941, she moved with her parents to Riverton and graduated from Riverton High School in 1942.

As a young woman, Nettie lived in Denver for several years, working first for Collier Publishing and then for Montgomery Ward. She treasured her life in Denver but eventually moved home to help her short-handed parents on the family farm.

On April 16, 198, Nettie married Vernon C. “Pike” Weber in Kinnear, Wyo. The couple worked, farmed and owned business in Fremont County, where they also raised two daughters. Pike and Nettie were 24-year member of the Hoedowners Square Dance Club. Nettie was reporter and secretary for the state square dance newspaper.

Nettie dedicated her spare time to community service. A member of the Trinity Lutheran Church in Riverton, she belonged to the Evening Circle, Lutheran Women’s Missionary League, the Alter Guild and the Good Shepard Auxiliary.

Nettie was a 60-year member of the Busy Matrons Extension Club, a life member of the Hospital Auxiliary and belonged to a group of women that made and repaired quilts for the community. In 2005, the Wyoming Homemakers Extension Club awarded her its “Unsung Hero” award. Just days before she died, Nettie contributed to a cookie drive for residents of the Veterans’ Home of Wyoming in Sheridan as she had many times before.

Nettie is survived by her two daughters, Carolyn Wheeler of Worland and Ellen (Jac) Miller of Riverton; five grandchildren, seven great grandchildren, and one on the way; sisters-in-law, Pat Busch and Freda Busch; many nieces and nephews and cherished friend, Lois Henry.

Nettie was preceded death by her parents; husband; brothers Pete, Walt, Herman and Edward; sisters Anna, Mary, Alvina and Molly; one granddaughter, and one son-in-law.