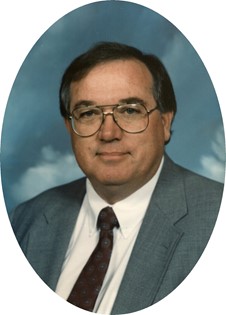 Guestbook 7
Funeral services for B. Weldon Shelley of Riverton will be at 9 a.m. Saturday, Dec. 6, at the Church of Jesus Christ of Latter-day Saints in Riverton.

Burial will follow at 3 p.m. Saturday at the Basin Cemetery in Basin. There will be a viewing from 5 to 7 p.m. Friday, Dec. 5, at the Davis Funeral Home of Riverton.

Ben Weldon Shelley was born on May 26, 1946, in Riverton. He was the third child of Ned Russell and Deaun (Dalley) Shelley and had been a resident of Wyoming all of his life.

Mr. Shelley started his teaching career in Pine Bluffs. He began teaching at Riverton High School in 1971, then became director of James H. Moore Career Center, later serving as superintendent of schools for Fremont County School District #25 in Riverton. He later served as superintendent of schools for Sublette County School District #9 in Big Piney, for a total of 38 years as an educator.

During those years he served on committees and shared successful programs with educational facilities in other states. He addressed the Wyoming state legislature for additional funds to assist teachers and to improve education. Mr. Shelley retired last year, and his family said he especially enjoyed family gatherings, spending time with his grandchildren, boating, fishing, hunting and camping.

He was preceded in death by his mother, Deaun, and his brother, Ned Jr.

Memorials for a scholarship fund in the name of B. Weldon Shelley may be made in care of the Davis Funeral Home, 2203 West Main, Riverton, WY 82501.