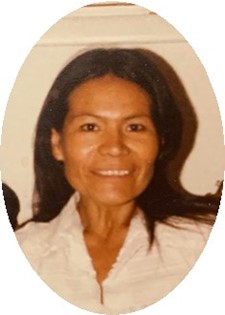 Mrs. Blackburn passed away on Monday, May 31, 2021 at Sagewest Hospital in Riverton, Wyoming.

She was born on February 1, 1940 in Manderson, South Dakota, daughter of Reynold and Mabel (Woman Leggins) High Pine.

She was a member of the Native American Church who lived most of her life in Arapahoe, Wyoming.

She enjoyed beading, going to the casino, spending time with her grandkids and watching the Lifetime channel. Ruby also enjoyed planting trees and flowers and traveling.