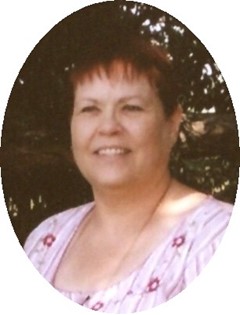 Guestbook 1
Terrill D. "Tee" Petitti, a traveling LPN nurse, died at the home of her sister in Riverton on Wednesday morning, Dec. 3, 2008. She was 61. The family will have a Celebration of Life at a later date. Terrill Dean was born in Evanston on Sept. 3, 1947, the daughter of Thomas L. Dean and Betty Bernice (Roberts) Dean. She was graduated from the School of Practical Nursing in Lincoln, Neb., in 1969 and pursued this career for the remainder of her life. Her family described her as an avid reader. Survivors include a son Calloway George Whiting and his wife Jody of Sheridan, Oregon; daughters, Holly Whiting Grummert and husband Scott of Overland Park, Kan., and Hillary Rae Austin of Riverton; grandchildren, Gwendayln Ann Grummert and Finnegan Henry Grummert; brothers, Scott Dee Bennett and his wife Marlita of Gillette; sisters, Lynn Wright and George Coen of Riverton, Cathie Clymer of Laramie, and Connie Quick and her husband Tad of Laramie; numerous nieces and nephews. She was preceded in death by her mother, Betty Johnson. Arrangements are under the direction of the Davis Funeral Home of Riverton. On-line obituaries are available and condolences for the family may be made at: thedavisfuneralhome.com Services are under the direction of the Davis Funeral Home of Riverton.