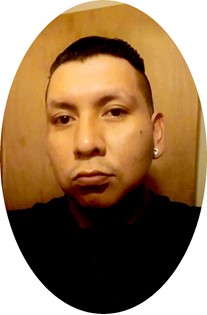 Arnold James Christian Real Bird (ABird) was born on September 3, 1992 in Lander, Wyoming and passed away on June 6, 2021 surrounded by family at home in St. Stephens, Wyoming. He was born to Nina Karen Littleshield and Arnold Lynn Real Bird. Though he was enrolled with the Northern Arapaho tribe of Wyoming, he was also profoundly proud of his Crow ancestry from his father’s side. Through his Arapaho ancestry, he could trace his lineage to Chief Black Coal from his Littleshield bloodline. His Arapaho name was Hooxei ho’oeet, translated to English as Painted Wolf, given by Joe Goggles. On his Crow ancestry, he was a member of the Bad War Deeds and Child of the Bad War Deeds clan. His Crow name was Shiile ii baa aatchilash, translated to English as Has Good Fortune with a Sorrel Horse, a name given to him by Howard Shane—also deceased.

Raised in Wyoming, Chris, as he was affectionately called by his family, attended schools in Fremont County his entire life. He was a proud alumnus of Wyoming Indian High School where he played basketball. He also attended and played the sport at St. Stephen’s Indian High School and Arapahoe Elementary/Middle School. A member of the Catholic faith, he also attended St. Margaret’s school for some time.

He was always happy to help teach his young nieces and nephews the great fun one can gain by playing the sport. An avid music fan, his taste for good music knew no limits. He never had a bad playlist. He was also proud of his skills as a gamer and often played the latest shooter games and NBA 2K games with his family and friends. Beyond these, his greatest pleasure was derived from his time with family and dear friends. His Littleshield grandparents brought him up in a way that placed great emphasis on the family. He never forgot that nor took it for granted. He loved his people deeply.

He is survived by his partner in life, Brianna Tillman.

The family would also like to acknowledge the extended families of Littleshield, Friday, Shakespeare, Blake, Real Bird, Falls Down, the late Martha Real Bird family, Moccasin, Other Medicine, Medicine Tail, Birdinground, and Pickett.