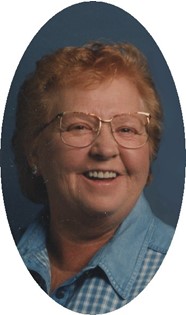 Guestbook 6
A Celebration of Life for Ruth Ann Pribbernow, 83, will be held at her home 16 N. Pavillion Road in Pavillion, WY on Saturday, July 24, 2021 at 2:00 p.m. Memorial contributions may be made to Sally Gonzalez to be used for residents of Wind River Rehab and Wellness “Comforts of Home” in care of Davis Funeral Home, 2203 West Main St., Riverton, WY 82501.

Ruth was born on October 14, 1937, daughter of Warren and Katherine (Dames) Davidson in Milwaukee, Wisconsin. She attended schools in Milwaukee and Medford, WI. She proudly earned her GED from Central Wyoming College in Riverton, WY later in life.

On October 1, 1955, Ruth married Benjamin E. Pribbernow in Holway, WI and soon after moved to Whithee, WI. The family lived on a farm until moving to Wyoming in 1978. She lived near Pavillion, WY until her passing. While living in Pavillion, Ruth worked in a café for a few years and also co-owned a 2nd hand store called “Unique Boutique” in Riverton for a few years.

Ruth lovingly raised seven children and loved talking to them and her friends daily on the phone. She also enjoyed swimming, painting and crafting.

Mrs. Pribbernow was a member of the Holway Evangelical Lutheran Church in Holway, WI.

Services are under the direction of Davis Funeral Home and Crematory.